I was born and raised in suburban eastern Kansas - at least an hour and a half from the nearest lake of any size.  I fished occasionally with both of my grandfathers who took me to local parks and ponds near their homes.  At the age of 10, I caught my first bass at a farm pond in Marysville, KS and everything changed for me.  I was no longer satisfied with the occasional outing and became passionate about perfecting my skills and learning all I could about the sport.  I read magazines and took notes as I watched every fishing show I could find.

By the time I was 12, I had saved enough money from lawn mowing, birthdays, etc to buy my first jon boat. I fished the local ponds and park lakes in that $200 boat.  I had no trailer so we tied it down to my dad's Chrysler.

I joined my first bass club at age 15.  ( Technically, I was too young according to their bylaws, but one member convinced the others to give me a chance.) I won the first tournament I entered with that bass club, fishing out of the back of the boat, and there was no turning back.   I sold the jon boat and purchased another boat.  My buddies and I spent the summer building a deck on this boat with a live well in it.  The project made for a great summer and helped me hook some of my friends on fishing, but I wasn't done yet. I needed more horsepower to move to the front of the boat , so I kept buying refurbishing and selling boats to upgrade.   It's hard to remember how many boats that have come and gone since that first jon boat  - I have to guess it is 10 or 12 now.

I made it my goal to fish at a high level and consciously made choices that would help me get there - from spending Saturday with a notebook in front of the TV watching fishing shows, to giving up high school baseball in favor of fishing.  In college, my friends always knew I would disappear from early spring to late fall - fishing bass tournaments was the best way to spend a weekend for me.

Knowing my goal was to fish professionally, I chose to pursue a communications major in college to help me hone the speaking skills that would allow me to represent my sport and my sponsors most effectively.  Throughout college and after I owned a landscaping company so that I would have the freedom to create my own schedule - I had fishing tournaments to get to.

After working my way up to fish the BassProShop's Central Opens, I earned an invitation to fish the Bassmaster Elite Series in 2011 and fishing became my full time occupation ever since.  My path has been filled with hard work and challenges, but more importantly it it has been filled with the thrill of tournament fishing, the joys of being out on the water, and the privelege to meet so many great people along the way.  The journey continues in 2018 and I hope you'll follow along as I travel the country in search of big bass. 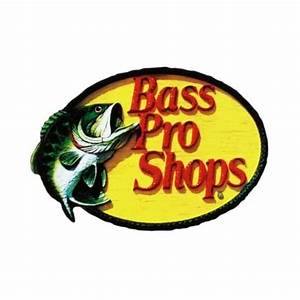